Yeah, I realize it’s been a year. I realize I basically abandoned this blog. I know my resignation to keep at this blogging thing did not work out the way I planned. Two words happened: SENIOR YEAR. Maybe it’s just me, but saying senior year is the easiest year of high school is like saying high school is just like high school musical. In the end, despite the essays, exams, mental breakdowns, and all-nighters, I finally made it. They actually let us graduate (WOOHOO) and just like that, 12 years a slave was over. On to bigger and better things (and a Netflix-filled summer), which is where my life update comes in.

So what am I doing with my life now? Well, I’m continuing the essays, exams, mental breakdowns, and all-nighters, except this time, I’m paying for it 😀 But all in all, I am super pumped for college (I mean it can’t be worse than high school right??), especially since I’m attending one of my dream schools since forever, Washington University in St. Louis! I’ve got that really excited, optimistic, ready-to-try-new-things freshman demeanor that all the upperclassmen find super annoying. But you’re only a college freshman once (yolo…yoacfo?) and I’m ready to savor every moment of it. I’ll try really hard to keep you updated on what it’s like & hopefully I won’t be TOO busy to sit down and crunch out a blog post every now and then (but no promises!). 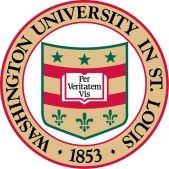 Secondly, I started a brand new WordPress blog called listology101, which I’m much more likely to keep up with. It’s a little bit more minimalist (lol @ “more minimalist”) in terms of words & design, and I’m excited to pour tons of creativity & fun & personality into it! Basically, each blog post will be in the form of a list, and they’ll be short, sweet, and easy to read in a rush. So if you prefer to hear me in my less ranty form, head on over to listology101 and give it a follow 🙂

On a more short-term scale, I’m seeing Fall Out Boy in concert tomorrow!! This chica is so ready to stand in a crowd of Tumblr/hipster teenagers screaming out “Sugar We’re Goin’ Down” until I permanently lose my voice.

Ok, we’re down to quick-shot updates now. I got a classical guitar in October last year, and while I’m not Jimi Hendrix yet, I’d like to think I’m getting somewhere. I got my IB diploma, which I found out at the beginning of this month! I went on vacation to Vegas & California early in June and – funny story – we accidentally booked our hotel on the same weekend as EDC, plus our hotel was hosting Las Vegas Comic Con. Talk about not getting the memo! It felt like Halloween in the middle of summer.

Alrighty, talk to you guys later! (Or talk to me now and leave me questions/comments!) And as always, thanks for reading! xox